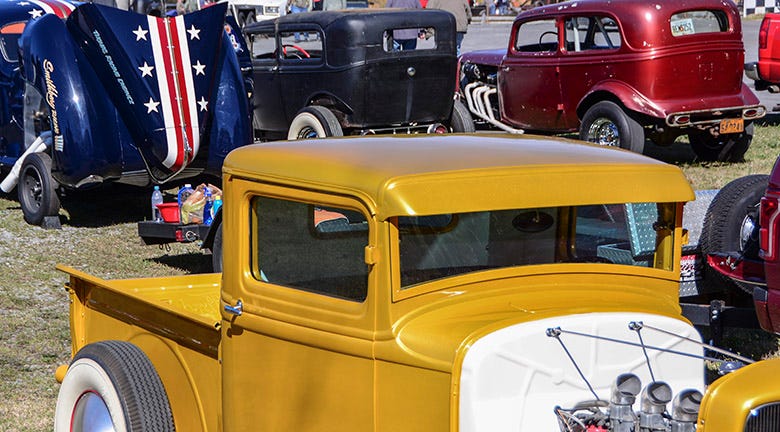 For the last 13 years, the folks at Paradise Drag Strip have teamed up with BB Brown to create the Paradise Show N Go. This series of events encompasses nostalgia drag racing on the historic eighth-mile drag strip, as well as a car show and a massive swap meet. It's just down the road from us in Calhoun, Georgia so we try to check it out as often as our schedule allows. What we didn't realize is that this would be the final Paradise Show N Go event, as BB Brown retired and sold his event promotion business to fellow hot rodders Sam and Austin Patrick. They will continue to have the same types of events, and what was previously known as the Show N Go will now be called "Thrills on the Hill". The events always have a good mixture of traditional hot rods, gassers and all things nostalgia, but three particular hot rods really got our attention during the March Show N Go event and they just happened to be equipped with Coker Tire products (imagine that!). Let's take a look and see what makes them so cool. 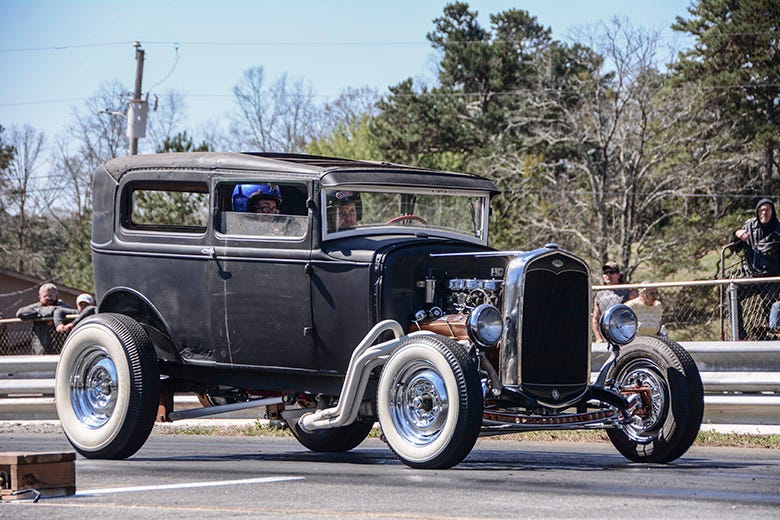 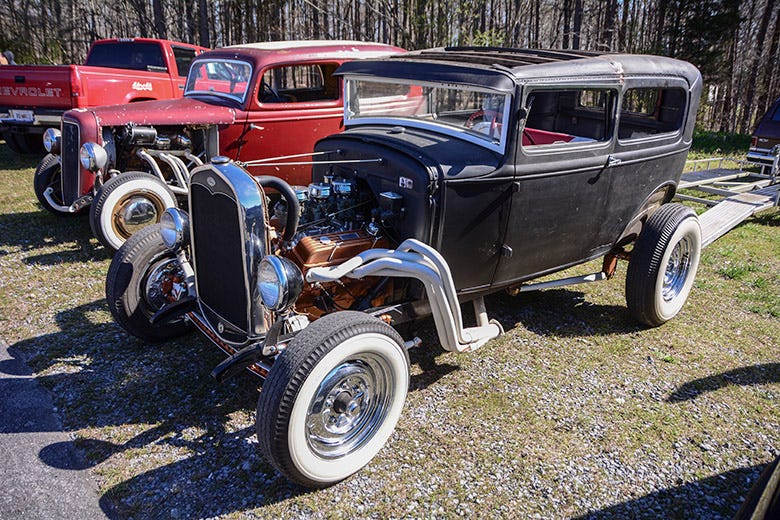 First up is a chopped Model A sedan owned by Russ Pendley. The car has the perfect late '50s look with a true highboy stance. The wild headers and three-deuce setup jump out and grab you, but the small block Chevy engine is pretty mild, compared to some of Russ' other project cars. While a lot of hot rodders would immediately replace the Model A frame with '32 Ford rails, Russ kept the original frame and upgraded it with some period correct suspension items. The car rolls on a set of big and little Firestone bias ply whitewall tires mounted to a set of old school chrome-plated steel wheels. 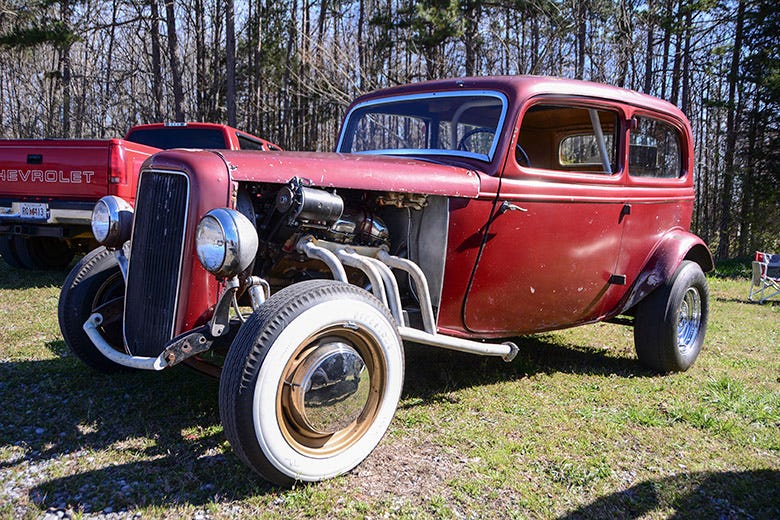 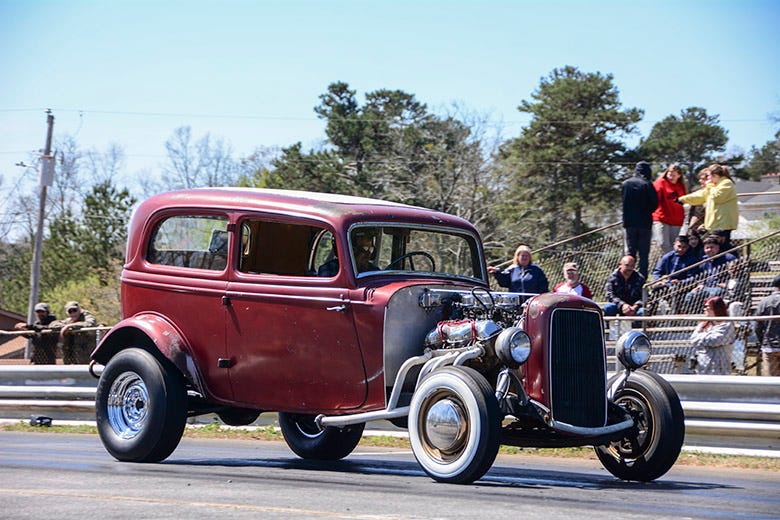 Next is a beautifully preserved hot rod survivor, owned by Shaun McCarthy. The 1933 Ford Tudor was customized in the heyday of hot rodding, and carries its patina as a badge of honor. The car was built in the Milwaukee area in the late '50s and raced into the 1960's. It's powered by a Chevy W motor with three deuces, and it's as period correct as it can get. The car is packed with vintage speed parts, and has some cool body modifications, such as the bobbed rear fenders, a custom hood and a highly customized rear body area that includes a tube rear bumper. Shaun's survivor has the vintage race-ready look, with Firestone 560-15 whitewalls up front (with gold steel wheels and Mercury caps), and a set of our M&H Racemaster 900-15 vintage drag slicks out back, mounted to chrome steelies. 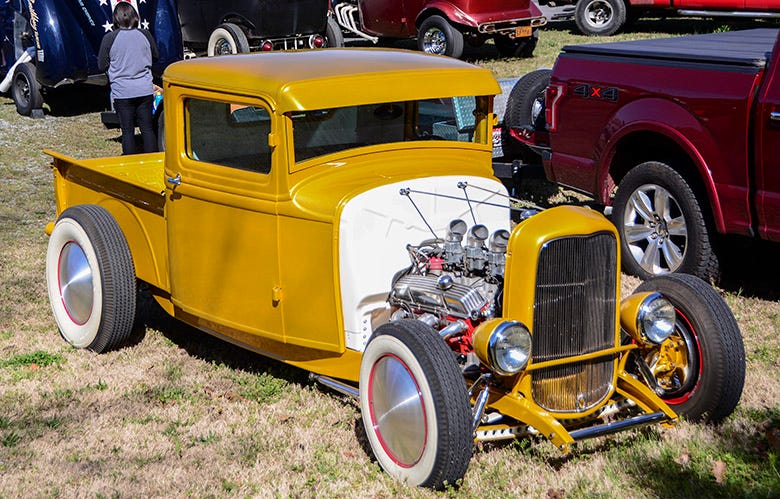 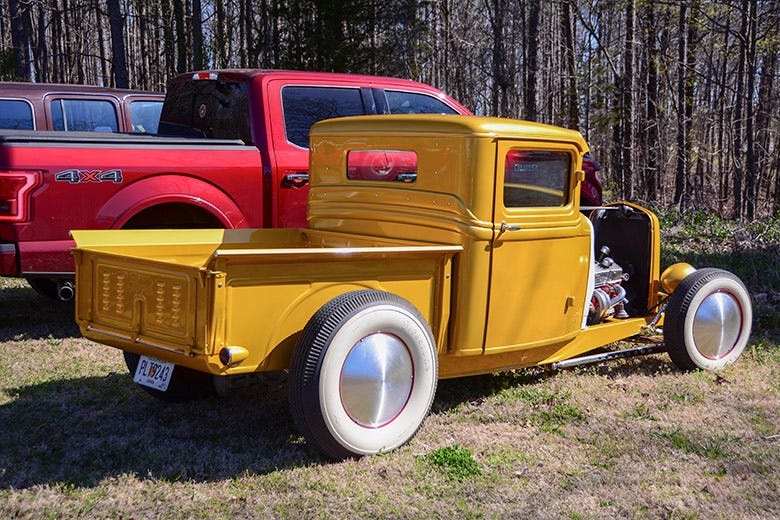 Finally we have Tim Payne's 1934 Ford pickup, which is a home-built beauty. The truck perfectly exemplifies hot rodding in the 1950's, and gets driven A LOT! The chopped pickup sits just right, and uses a traditionally dressed small block Chevy for power. The gold paint and white accents finish off the '50s look, and of course, it's rolling on a set of Firestone bias ply tires, sized at 560-15 up front and 750-16 out back. Only a small portion of the red steel wheels are visible, as they are covered with spun aluminum disc hubcaps.