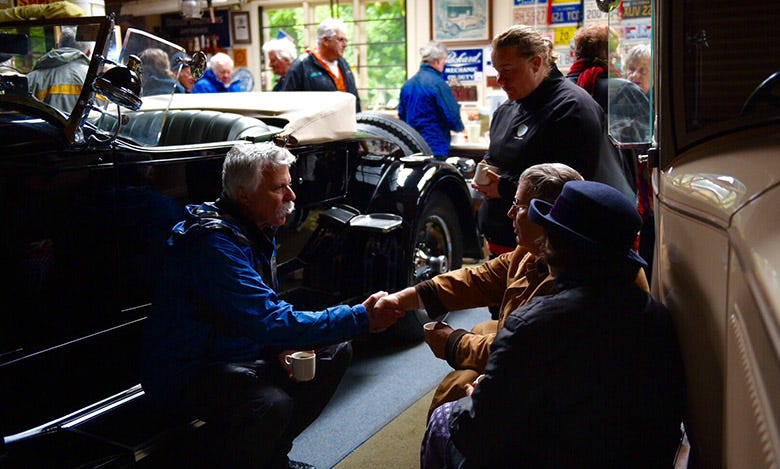 Corky was recently invited to participate in the Vero International Festival of Historic Motoring in Dunedin, New Zealand as the Grand Marshall. The rally this year has over 600 cars separated into three groups, Veterans (1919 and before), Vintage (1919 to WWII), and then all post war vehicles. This is truly an outstanding opportunity, and Corky took advantage of it with his son Cameron Coker, who shared these great photos from their New Zealand trip. [products] [caption id="attachment_7192" align="alignleft" width="780"] 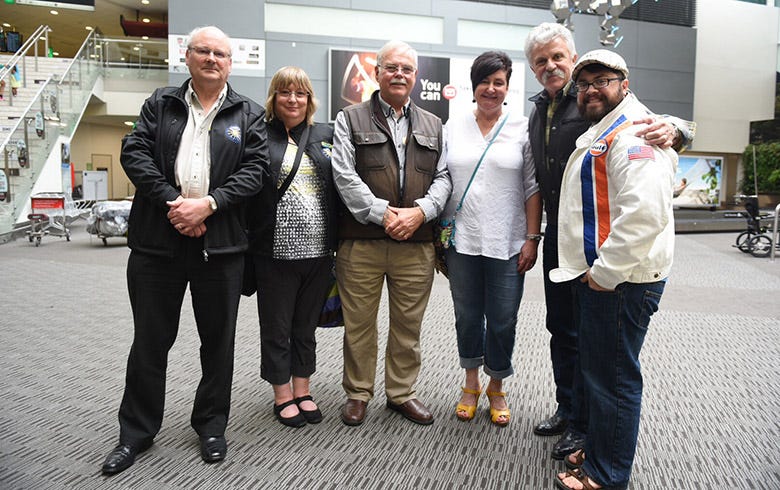 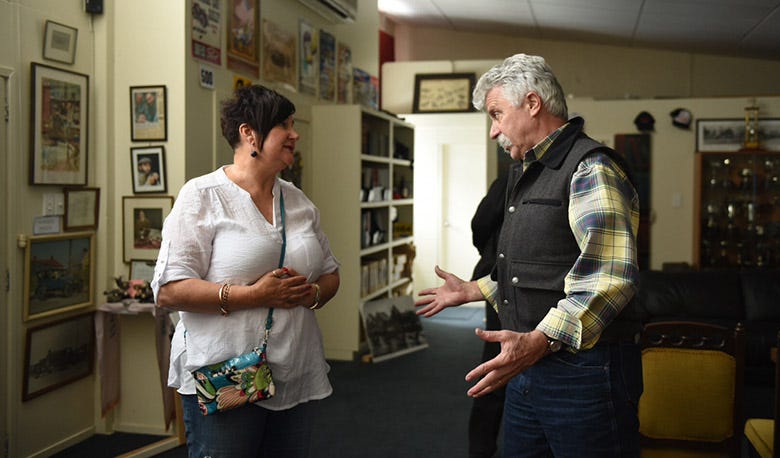 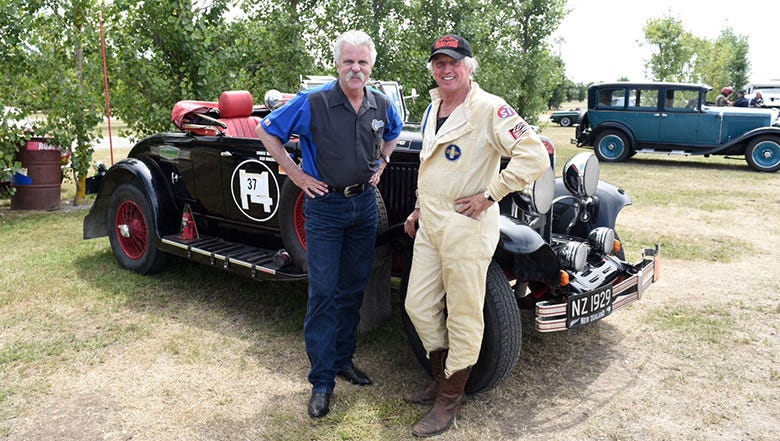 Corky meets Ben Washington in his Chrysler Peking to Paris race car. He's still running the same Excelsior Stahl Sports that made it all the way across Asia and Europe![/caption] [caption id="attachment_7199" align="alignleft" width="780"]

Racing at Timaru half way between Christ Church and the host rally city of Dunedin in what is called a "Pomeroy." Various timed sections of the course must be completed in different manners, e.g. acceleration and complete stop in set distance, timed quarter mile straight, and then again with turns, etc.[/caption] 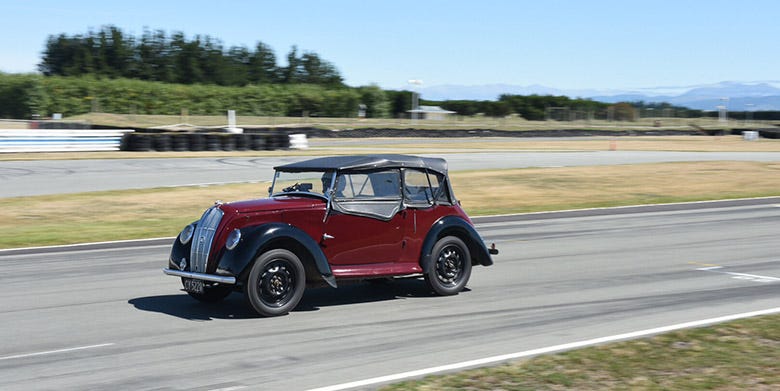 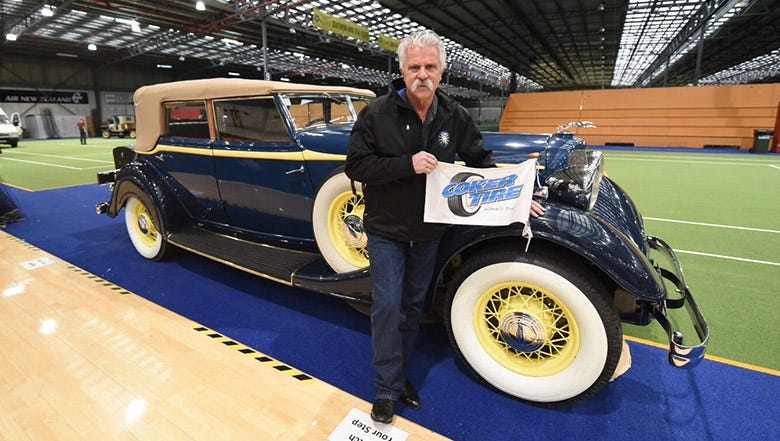 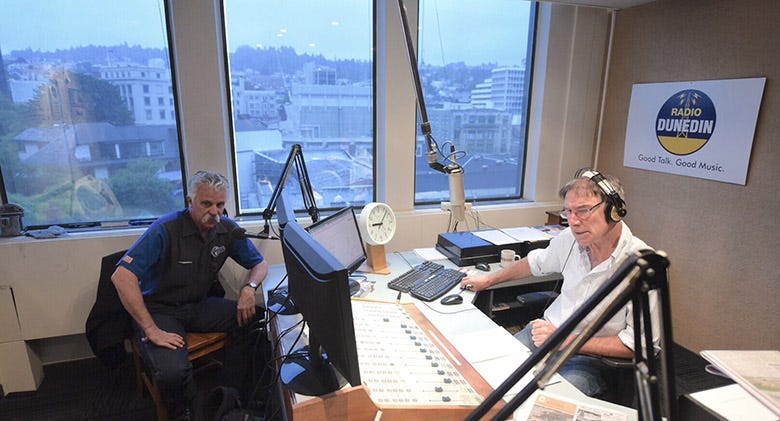 Corky interviewed on Radio Dunedin (the most listened to radio show in all of the city). Corky said that car guys are the best people in the world, and that they all speak the same language (vintage cars) but maybe with different accents![/caption] [caption id="attachment_7209" align="alignleft" width="780"] 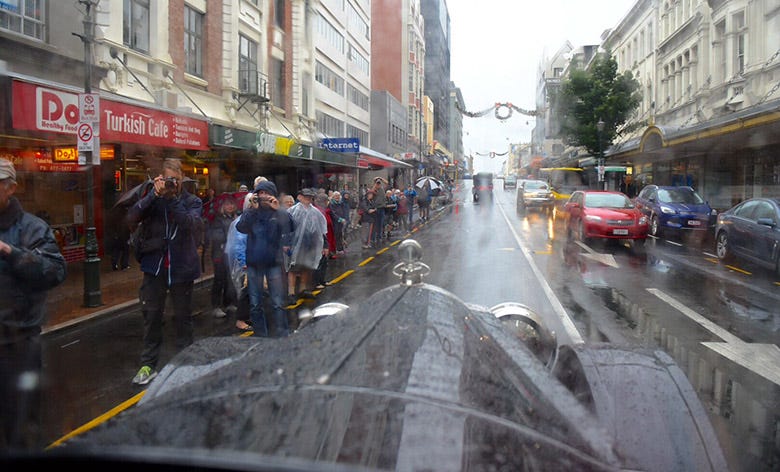 Meeting up with New Zealand Coker Tire Distributor, Garth Hogan in Dunedin for the first rally day in Veteran cars (pre 1919) in a full all day rain.[/caption] 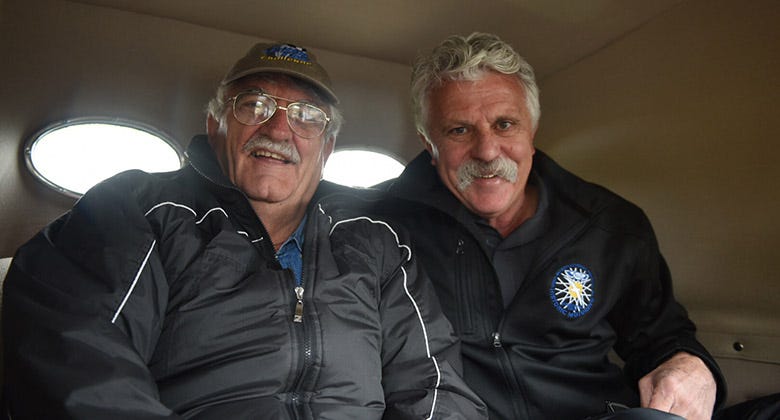 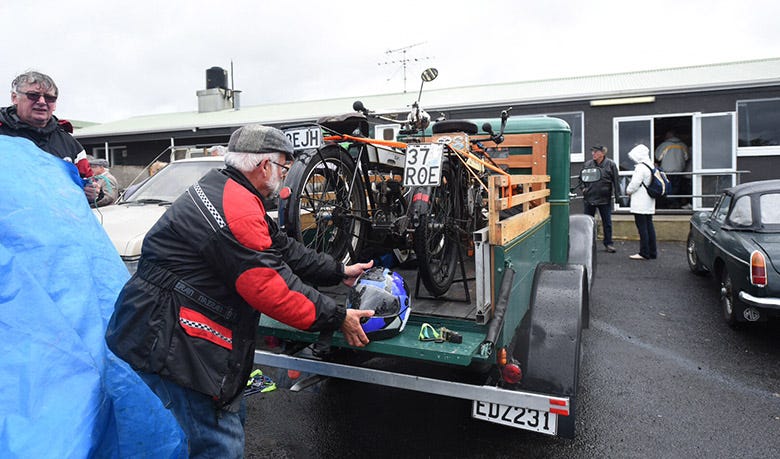 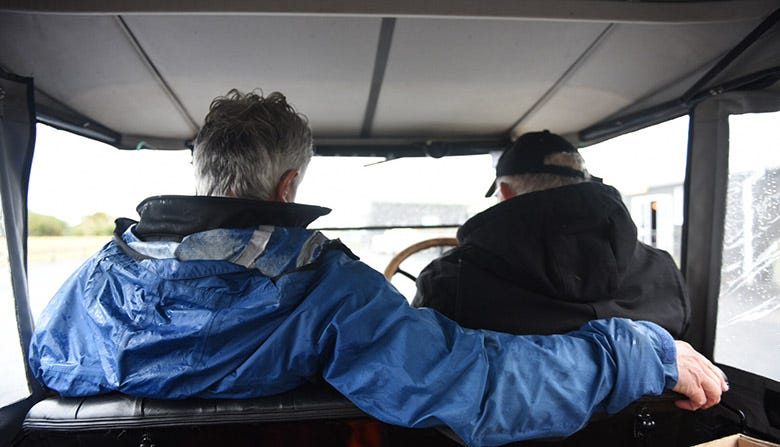 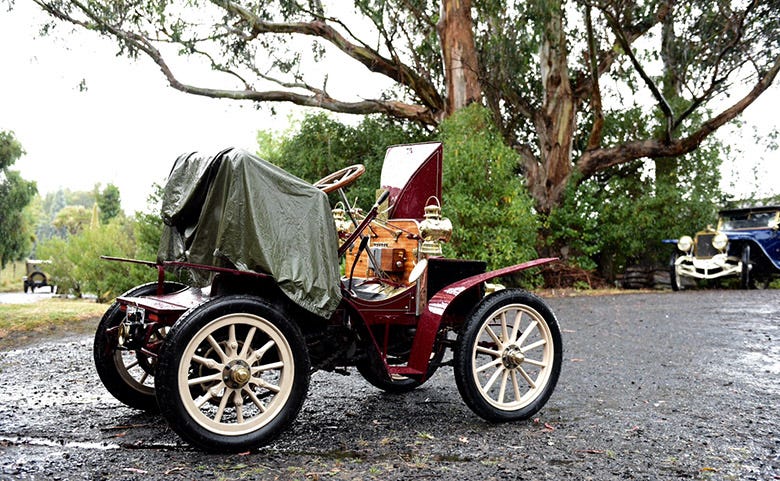 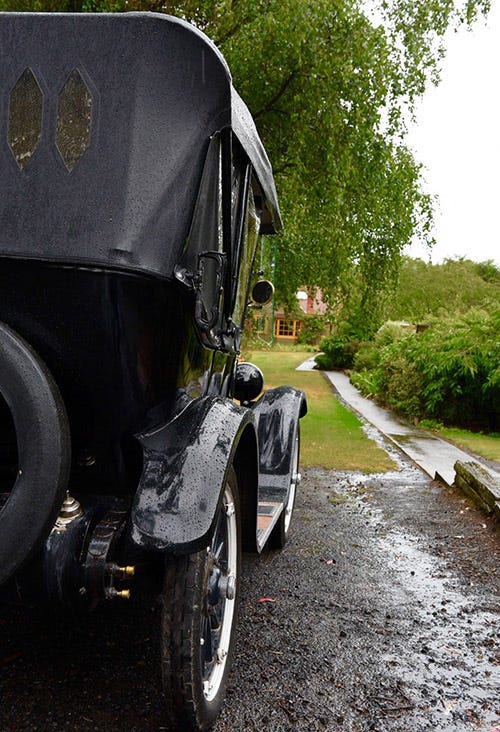 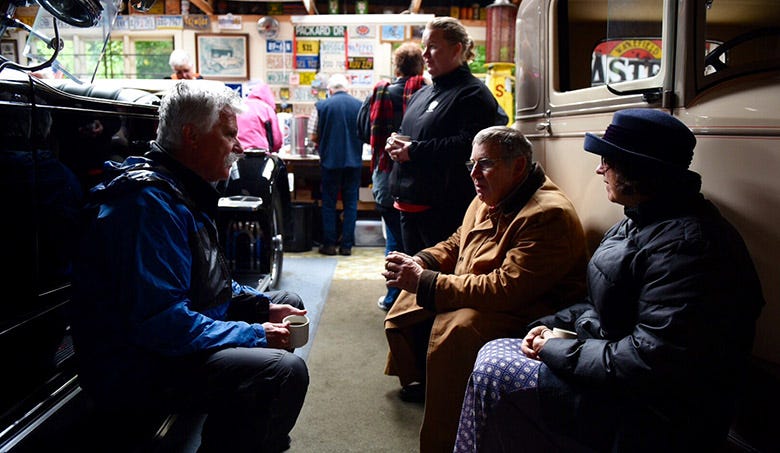 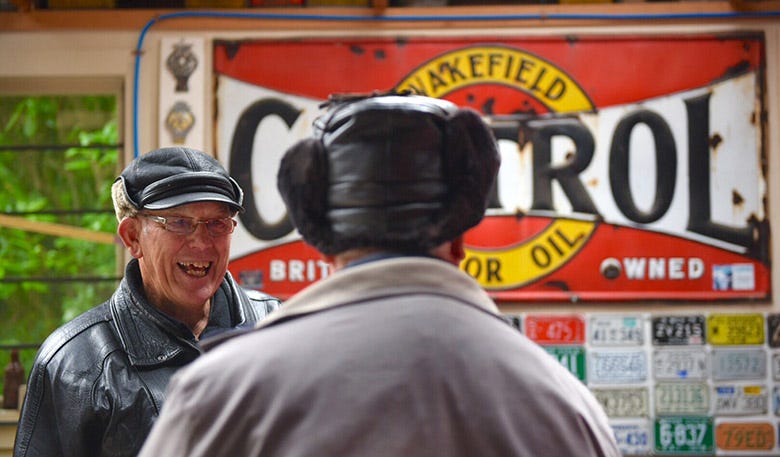 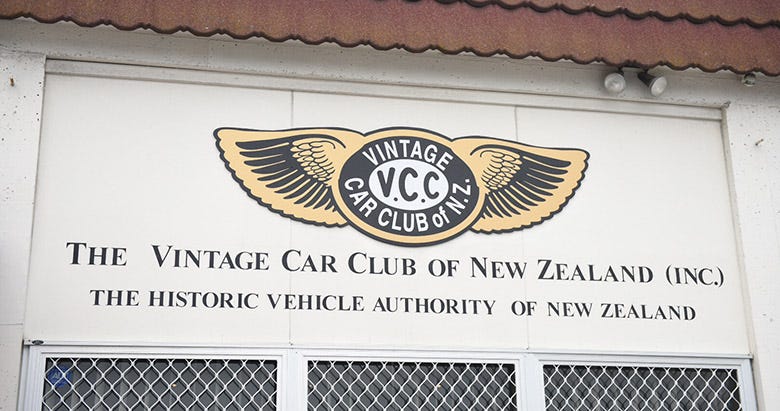 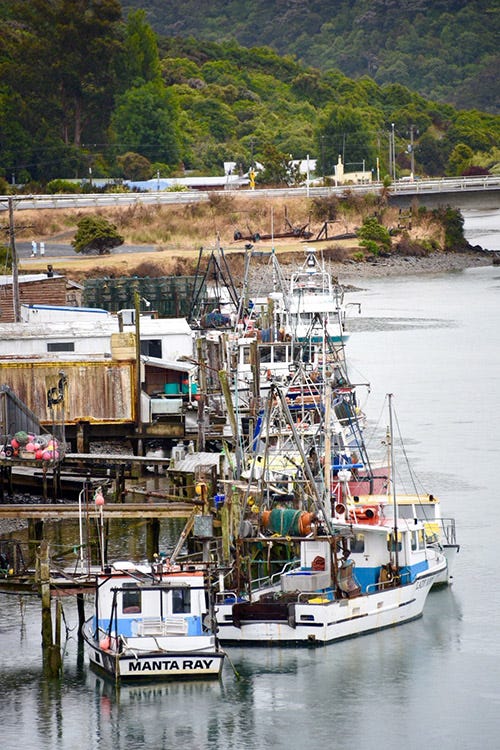